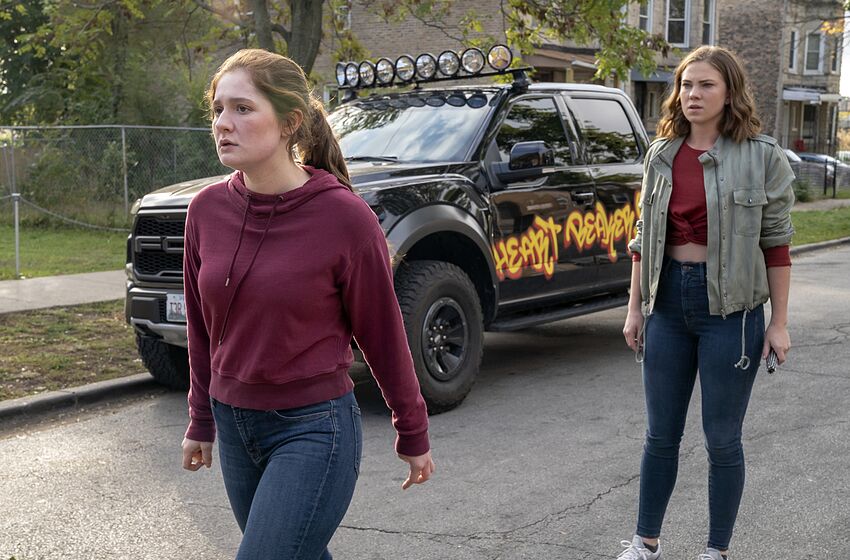 SHOWTIME brought mixed news to its winter TCAs conference, including Shameless renewed for a final season. Here’s everything you need to know.

The winter TCAs is a time for big news, and SHOWTIME certainly offered that. Not only did it release the premiere dates for upcoming shows like Billions and Black Monday, but it also offered some renewal news.

Shameless renewed for an 11th and final season

Let’s start with the mixed news. Shameless is coming back for an 11th season, but it is also going to be the last. In a way, this was expected with the ninth season when Emmy Rossum left, so we were happy for the show to return with the 10th season. And I don’t think the 11th is a sign that the series isn’t working without Rossum.

It’s just getting to the end of its run. At least we get a season to say a proper goodbye, and with hope Rossum will return for a couple of episodes towards the end.

Work in Progress and more renewed

Shameless wasn’t the only show to get renewed. Work in Progress and The L Word: Generation Q were both renewed for second seasons.

The former comes just ahead of its season finale, and Deadline confirms that there will be 10 episodes to the second season. The renewal isn’t surprising, but is great news. Work in Progress is a well-written show, receiving both critical and audience acclaim. There’s no word on when the second season will debut, but we’re looking at the 2020-2021 season.

The L Word: Generation Q is also renewed ahead of its first season finale. Like Work in Progress, it’s been received well by audiences. Fans of the original series and new fans have all enjoyed the stories. There will be 10 episodes to the second season, according to TVLine.

Penny Dreadful: City of Angels gets premiere dates and trailer

A number of TV shows on SHOWTIME landed premiere dates, but Penny Dreadful: City of Angels was the one to steal the show. We not only got the Apr. 26 premiere date, but a trailer to see what to expect.

If you loved the original series, you’re going to want to check out this sequel. Rather than Victorian London, we’re moving to 1938 Los Angeles, where tensions are high between Americans and Mexicans. Grisly murders shock the city, igniting the tensions and potentially awakening the spirits.

There are a few familiar faces in the series, including Fear the Walking Dead‘s Daniel Zovatto, The Tudors‘ Natalie Dormer, and Criminal Minds‘ Adam Rodriguez. Just check out the trailer and make sure the date is in your diary.

SHOWTIME hints Ray Donovan Season 8 will be the last

During the winter TCAs, SHOWTIME did touch on the future of Ray Donovan. While the show wasn’t officially canceled or renewed, there was the hint that it would be renewed with the eighth and final season. Co-President of Entertainment Gary Levine mentioned that the show is “nearing the end of its run,” according to Deadline.

We’ll find out more details in the next few weeks. However, I think we should be ready to say goodbye. Hopefully, it won’t just be outright canceled unless the writers have been able to plan for this.

Next: 20 best Amazon Original characters in 2019

What do you take from the SHOWTIME news at the winter TCAs? What are you excited about seeing? Share your thoughts in the comments below.

Watch SHOWTIME with a FREE 7-day trial of Amazon Channels!