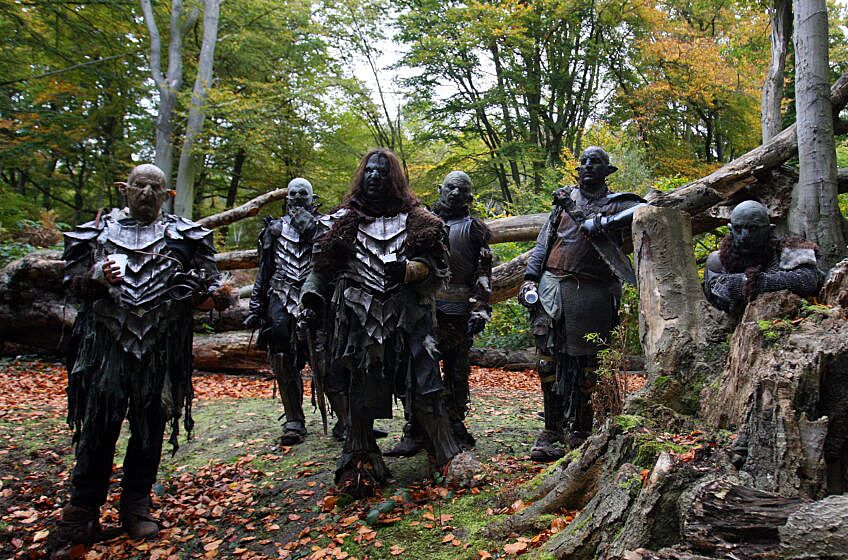 LONDON – OCTOBER 25: Orcs take a rest from filming in Epping Forest for a new chapter based on the epic trilogy, ‘The Lord Of The Rings’ on October 25, 2008 in London, England. The short internet based film/drama ‘Born Of Hope’ is inspired by paragraphs written by J.R.R Tolkien in the appendices of his trilogy the Lord of the Rings, and can be found at http://www.bornofhope.com. (Photo by Dan Kitwood/Getty Images)

Amazon’s Lord of the Rings is going to be the next Game of Thrones, and here’s 15 reasons why!

Recently, Amazon announced that it had paid half a billion dollars for the rights to produce a television series based on the work of author J.R.R. Tolkien, most famous for writing The Lord of the Rings trilogy. The e-commerce giant has dipped its toes into the streaming television pool before with offerings like The Man in the High Castle and Goliath, but the untitled Lord of the Rings project is by far its most ambitious outing yet. What has prompted what might end up being the most expensive television show in history? HBO’s Game of Thrones.

It’s no secret that Game of Thrones is a worldwide phenomenon, and like a homeowner jealous over their neighbor’s awesome new Ferrari, Amazon is looking to one-up them and buy a Lamborghini. Amazon is spending the cash to procure and produce a Lord of the Rings show because it’s one of the few properties capable of outshining Thrones.

More importantly, with Thrones ending its run sometime in 2019, the television landscape is ripe for the next big thing. How and why might Lord of the Rings become the next Game of Thrones? We have a few ideas. Well…15.

Next: Middle-earth is big. Like, really big.
Next1 of 16Prev post
Use your ← → (arrows) to browse
Load Comments
Event Tickets
Powered by StubHub
Top Stories